For a girl from the Arctic part of Norway, stepping out at Vágar airport was just like coming home, refreshingly cold in March. The raw nature sets you straight into Lord of the Rings and Game of Thrones mode. A Song of Ice and Fire playing in the background. Met some fantastic people and got a failed Tinder match as souvenir… 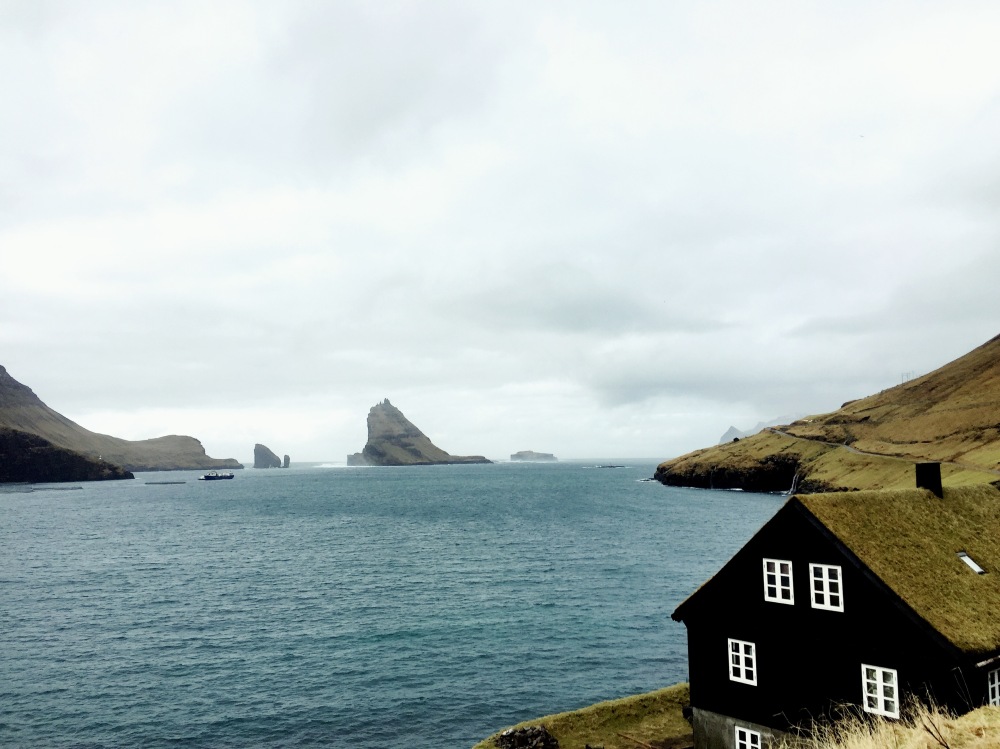 Did some swiping in Torshavn to see if I could get a local (& handsome) guide to show me around. I was there for a content marketing conference for the travel industry, where I met William from South Africa. We added each other on Snap and I think this is a strength of social media, by observing each others facade building attempts we get a feeling of acquaintance. In fact we only talked briefly, about great whites over dinner. When I saw William again in Norway recently, it felt like we’ve known each other for a long time.

Also met Avinash who makes virtual reality. I was inspired by his talk, we chatted for ten minutes and I got his LinkedIn. We’ve been talking ever since and hung out in Amsterdam earlier this summer. For me traveling is about the connections you make. I`ve been to Barcelona twice without seeing Park Güell, lived four years in England without visiting Buckingham Palace but that is not what matters to me. 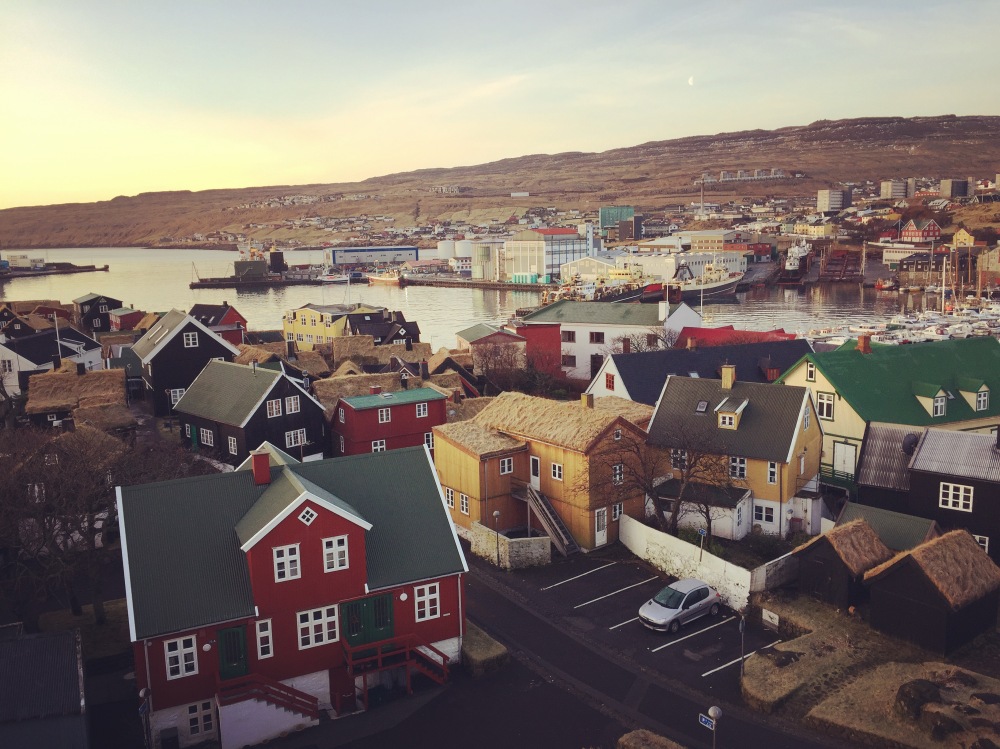 Matched with a gorgeous ginger but he didn’t reply to my pick up line. Epic fail. On the third day I had dinner at rustic lamb specialist Áarstova, at a candle lit boat-turned-table. Conversation was about digital dating, naturally with four young single adults. Had just met these two Belgians and a Swiss, whom I’d been sitting next to the whole first day, when it finally dawned on me. It was ginger! I hadn’t recognised him. I had to bring it up. He seemed slightly embarrassed, but we ended up buying each other rounds and having a laugh about it.

For such a small city Torshavn does have excellent dining options. The award winning KOKS restaurant which focus on fermented food. Fresh seafood and particularly the gigantic horse mussels at Barbaras Fish House, plus meat heaven Áarstova. At Gudrun & Gudrun you get locally made knitwear, there are more sheep than people here. Price level is similar to Denmark and Norway, they understand Norwegian. Also had the pleasure of reminiscing over dried cod snacks, an acquired taste and memories of my childhood, we had it hanging out in the garage to dry.

Top tip: Rent a car to see the most scenic sights. 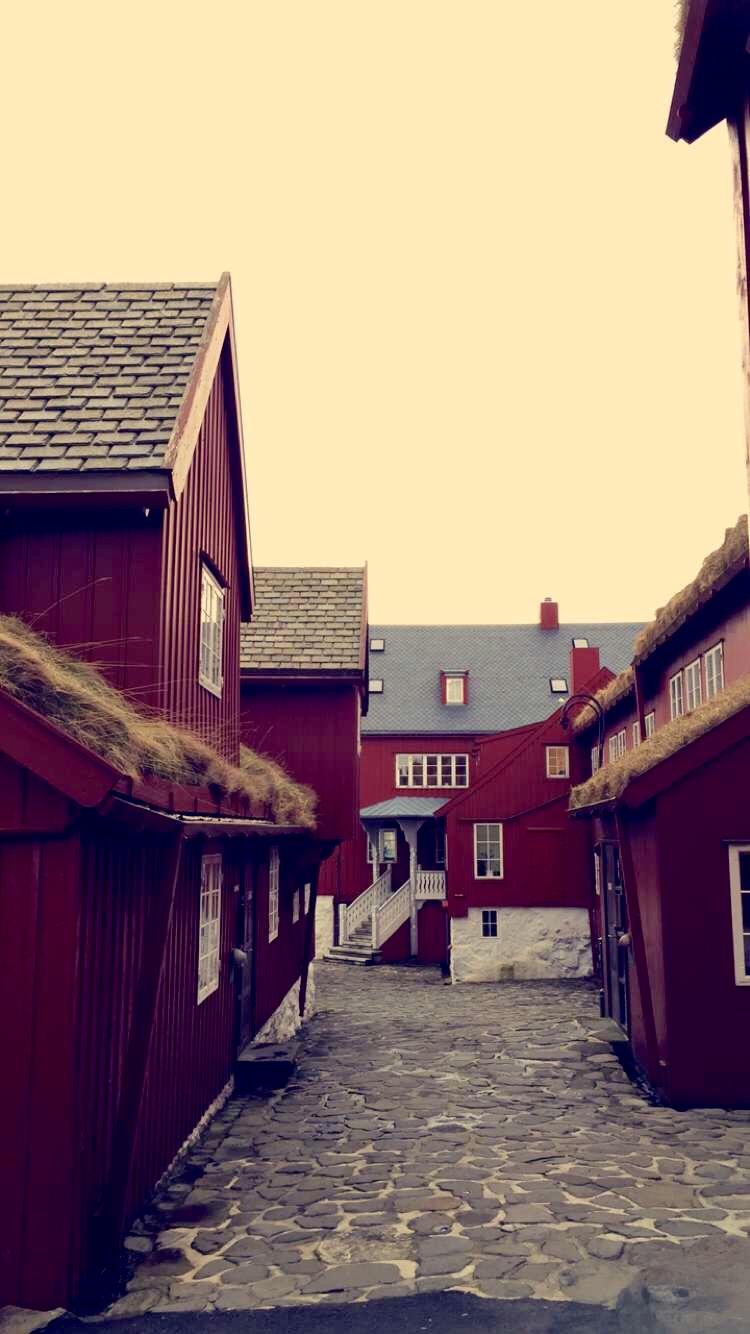 Scrolling through my Instagram feed I realise China doesn´t look crowded at all, which is obviously not how most travellers experience it. If you are allergic to crowds or just like to get clean shots of impressive ancient structures try this:

We did the Walled Village to Huanghuacheng Great Wall, which is two hours outside of Beijing. Our guide Michael was very knowledgable, as well as patient. Norwegians often underestimate their hiking abilities while the rest of you overestimate them. This hike was only 5 k, but the wall is steep and with temperatures hitting above 35 celsius the turtle wins the race. I went through three liters of water in three hours, but for photos like this it is all worth the struggle, and you get served the most delicious ten course meal afterwords.

You can have Tiananmen Square all to yourself 8.30 on a Monday morning. The Palace Museum was closed but the rest of the Forbidden City will be less crowded and very tranquil. A lot of Chinese tourists from rural areas will want to take photos with you, had the same experience in Uganda and Egypt, it is quite funny and made me feel very popular. All the tiny dragons on top of the buildings reminds me of Mulan. 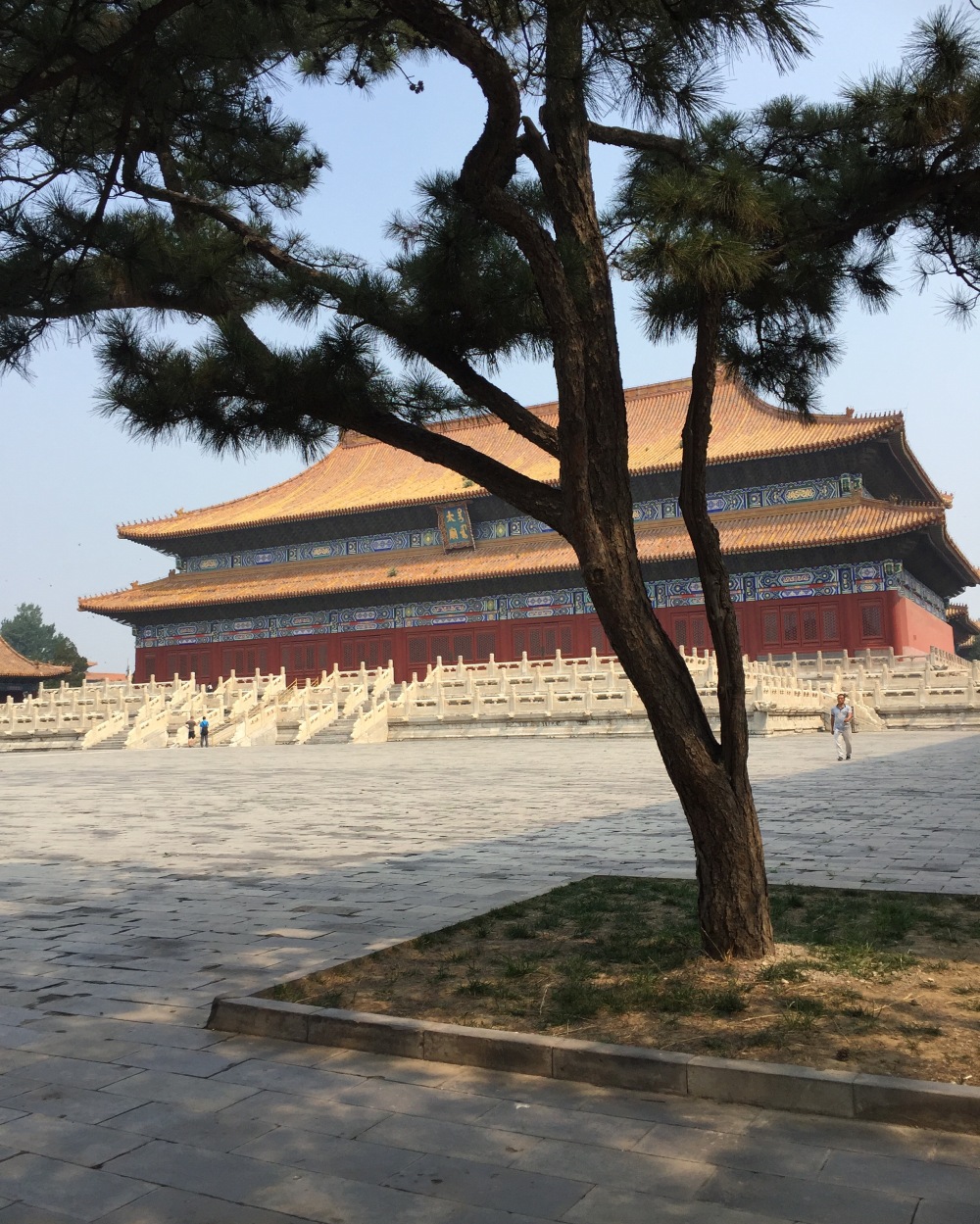 No such thing as bad weather, only bad clothing

Walk or bike the city walls of Xian in the rain. We had it all to ourselves and the grey adds an ancient touch to your photos. These red lanterns play a very calming Chinese tune all the way. In Norway we have respect for the weather, it`s called mountain intelligence. My hiking plans for the holy mountain of Huashan had to be cancelled due to the heavy rain, so I´ll have to come back. 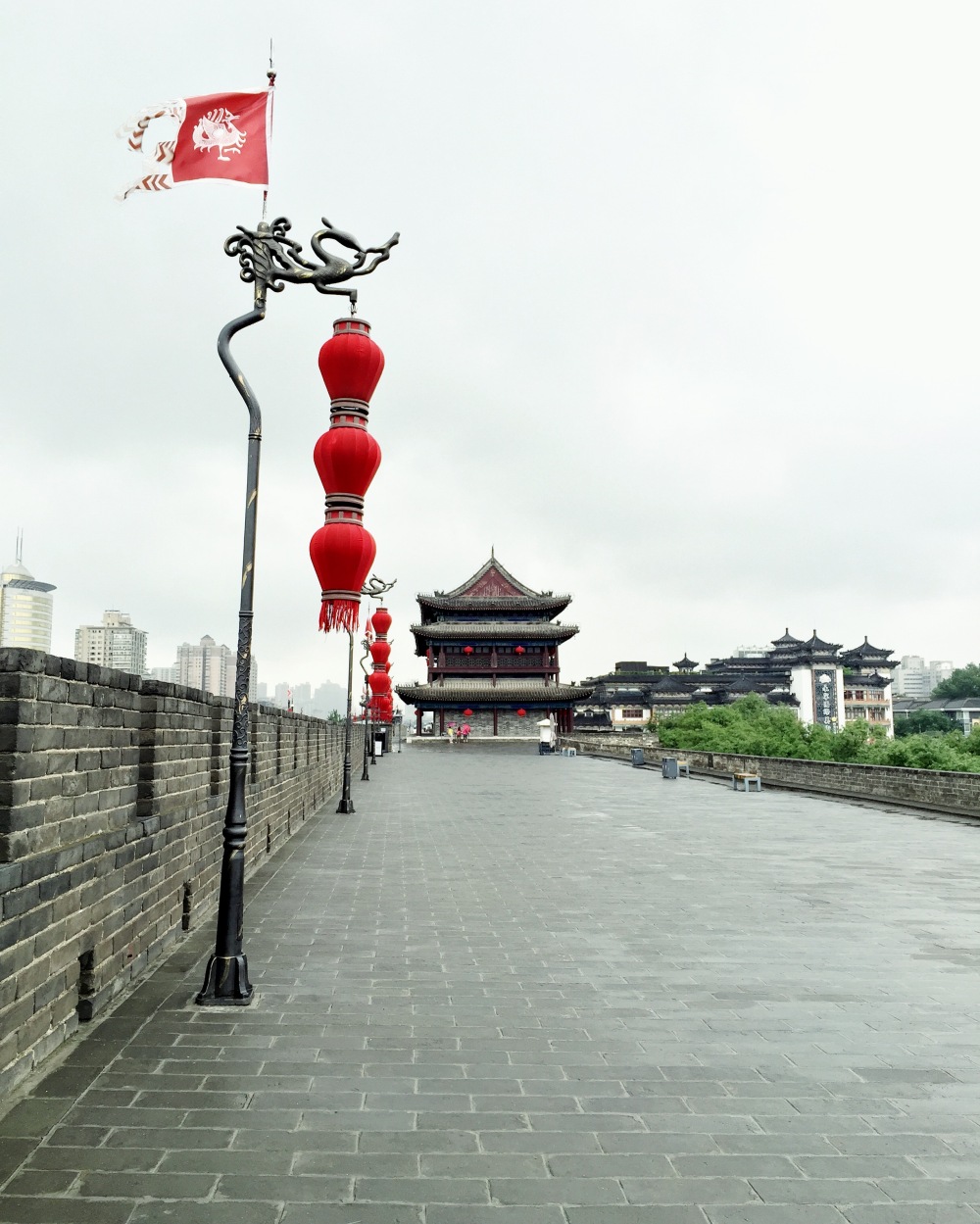 Experience rush hour at least once

The crowds are part of the experience. Get on the metro at rush hour just once, I promise it`s not half as bad as the London tube (I should know, lived there for four years). Go to the Bund in Shanghai on a Sunday around twilight. People watching is fun and all of the lights mesmerizing.

What was your favorite China experience, please leave a comment! 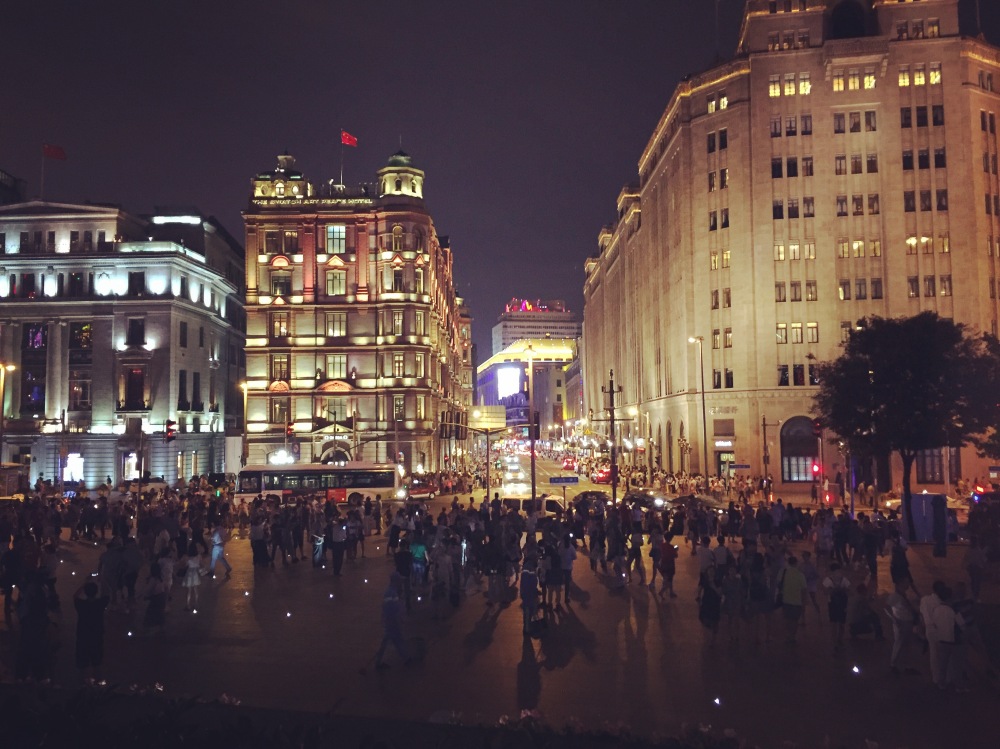 That Sicilian lemonmarmelade is magic, makes you wonder what Bey used when making her Lemonade? It’s like this whole island is designed for bringing you closer to spirituality. Sanctuaries on every peak, black vulcanic beaches and friendly, good natured islanders. A little Spanish goes a long way here and it`s possible to avoid the crowds.

Alitalia was an hour delayed to and from Rome. Interesting how we excuse delays based on cultural aspects, because I expected them not to be on time I scheduled more than enough time for the corresponding Scandinavian flights. Do hire a car, you want to get around this place. Jenny and I started off in Palermo in the cosy Botique B&B Vintage on Via Bottai 30. Very helpful staff and right in the middle of everything. Got recommended a superb seafood restaurant, Garraffo, across the street. The swordfish was outstanding. Regret the visit to Antica Focacceria San Francesco where the tuna was dry and the arancini cold inside, a foodies worst nightmare. All the wine I was served for the entire trip was amazing.

Palermo is highly walkable, the sights are clustered in the centre. We spent a day strolling around. It is a run down city with a lot of charm and friendly people. Bueno sera and buongiorno are essential phrases. We also drove to Spiaggia di Mondello, a nice sandy beach a short drive away. Great selection of gelato on Touring Cafe Beach. On the way back drive up and look at the sunset from the top of Monte Pellegrino.

Next we head to Tindari, where it’s only us and the pilgrims. We visit the natural reserve Laghetti di Marinello and the islands Salina, Lipari and Vulcano. My bikini still smells of sulphate… do leave a comment, arrivederci!

"A Blog About Travel, Life, & All Else In Between."

The more we travel the bigger the world gets

Traveling as a Student: The World Beyond Study Abroad

The ultimate guide for independent travellers seeking inspiration, advice and adventures beyond their wildest dreams

The Art and Craft of Blogging

The latest news on WordPress.com and the WordPress community.